Global Warming And Human Migration: Report Of A Disastrous Bond

Climate change has become a real emergency: the intensification of disastrous phenomena such as desertification, droughts and floods are just a few examples of the wide range of threats putting our lives in danger. One thing is certain: human and economic costs of global warming are enormous, and some people are already paying for it, condemned to a life of precariousness and vulnerability. It’s about human migration that we’re talking about.

Human action has its consequences, and all the climate-related phenomena provide strong evidence for that: if Australia’s, Amazonia’s and California’s fires impact land in a direct way, carbon emissions, air pollution and problematic seas levels act mostly indirectly. As Anna Dimitrova of the Vienna Institute of Demography explains, in both cases, these events have a greater impact on the most vulnerable parts of the world, such as Latin America, South and Southeast Asia, the Sahel region as well as Sub-Saharan Africa.

According to the Potsdam Institute for Climate Impact Research (PIK), increased temperature, greater variability of precipitation and environmental disasters act as push factors in presence of specific socio-economic conditions; among the effects, high concern raises around a particular topic: climate migrations. Forced to leave their uninhabitable homelands, climate migrants are doomed to a destiny of existential and juridical uncertainty.

According to the Potsdam Institute for Climate Impact Research (PIK), increased temperature, greater variability of precipitation and environmental disasters act as push factors in presence of specific socio-economic conditions; among the effects, high concern raises around a particular topic: climate migrations. Forced to leave their uninhabitable homelands, climate migrants are doomed to a destiny of existential and juridical uncertainty.

What are climate migrations?

In the Ninety-fourth session of the International Organization for Migration (IOM) Council (November 2007), environmental migrants were defined as groups of persons who, due to sudden or progressive changes in the environment and their impact on their living conditions, are obliged to leave their homes. The migration can take place internally or abroad, both in a permanent or non-permanent way.

According to the magazine Science, extreme temperatures “increased asylum applications in a nonlinear fashion”: the study argues that there could be an accelerated increase in the number of requests from potential refugees by the end of the century, reaching the number of 660,000 additional applications per year only in Europe.

The evidence is clear. However, there is still resistance to recognize the effects of climate change on migration: political, social and economic factors – such as social inequalities or low economic development – tend to be taken more into account than the exposure to natural disasters. As the IOM explains, the most exposed areas to extreme climates tend to coincide with developing countries, often accompanied by a low socio-economic capacity to adapt to it, especially if based on agricultural and rural economies that depend on the equilibrium of climate conditions in order to function: smallholders and farmers «are the hardest hit», says Raya Muttarak, researcher of the Wittgenstein Center for Demography and main collaborator of the PIK.

Nevertheless, not everyone has the possibility to leave, especially among the poorest countries: «thousands of people remain ‘trapped’ and continue to suffer from climate change», continues the PIK researcher. The vulnerability of developing countries coincides with violence and armed conflicts that may prevent the migration, as it could expose migrants to political risks in their home countries.

Precariousness and vulnerability of the vulnerables

Yet, the link between climate change and migration is a fact and the interplay between all the threats represented by natural disasters, as well as conflicts and poverty, determines an increasingly complex web of emergencies that call for action. A 2018 report from the World Bank estimates that by the year 2050 around 86 million migrants will move from SubSaharan Africa, 40 million from Southern Asia and 17 million from Latin America for a total of 140 million people forced to migrate because of uninhabitable climatic conditions. Likewise, the UN has estimated that by the year 2050 at least 200 million people will be displaced because of environmental issues. In this scenario, an increasing number of asylum seekers turn to courts in order to have some form of political protection. In the Global climate litigation report 2020, the UNEP (United Nations program for the environment) explained that the climate lawsuits have almost doubled in the past three years. In 2017 there were 884 in 24 countries; at the end of 2020, there were at least 1,550 in 38 countries.

“A REFUGEE […] IS SOMEONE WHO IS UNABLE OR UNWILLING TO RETURN TO THEIR COUNTRY OF ORIGIN OWING TO A WELLFOUNDED FEAR OF BEING PERSECUTED FOR REASONS OF RACE, RELIGION, NATIONALITY, MEMBERSHIP OF A PARTICULAR SOCIAL GROUP, OR POLITICAL OPINION.”

(Convention and protocol relating to the status of refugees, UNHCR)

The right of asylum of climate refugees is not recognized by current laws. However, the problem seems not to be considered by international laws: international migration treaties in fact, as the UNHRC informs, refer to the 1951 Refugee Convention and its 1967 Protocol, documents that identify as refugees only those who are threatened in their own country by their ethnicity, religion, political opinions and nationality.

The problem is clear: among the issues capable of determining a refugee status, there aren’t any related to environmental causes. In the present situation, therefore, potential climate refugees are listed as economic migrants, underling the contradiction for those forced by extreme weather to leave uninhabitable lands. This implies that laws do not recognize their right of asylum.

Even if the UN Global Compact for migration, which is the first intergovernmental negotiated agreement to cover all dimensions of international migration, has given greater visibility to the environmental factors of migrations, no concrete steps have been taken in the context of international protection policies. The UNHCR’s report on Global Compact states that «while not in themselves causes of refugee movements, climate, environmental degradation and natural disasters increasingly interact with the drivers of refugee movements», but «addressing root causes is the responsibility of countries at the origin of refugee movements». Consequently, people forced to migrate due to climate conditions are a non-existent category for the international refugee and immigration policy.

Hope for the future

However, there is still hope for the future: in January 2020, the UN Human Rights Committee affirmed that people fleeing immediate danger due to the climate crisis cannot be sent back to their home countries. The decision was made in reference to the case of Ioane Teitiota, resident of the island of Kiribati, who asked in 2015 for the asylum right to New Zealand: the request was denied. As a consequence, Teitiota and his family were sent back to their home country, but Teitiota denounced the impossible living conditions on the island due to the rising sea level: he asked for justice. Even if his deportation was not considered a life violation from the UN Committee, as Teitiota had argued, the Committee stated that countries may not deport people facing environmental problems back to the back to the country affected by climate change.

The case shows all its potential for the future: it is the first time that an international organization recognizes rights for climate displaced people. Far from it, the rule is not compulsory; still, the decision is based on the International Human Rights Law, which is instead binding. Moreover, it may have validity not only for sudden events, but also for slower disastrous processes.

In other words, this response could set a precedent to be adopted in the future from courts all over the world. Even if there is still no international administrative framework establishing conditions for climate migrants and potential refugees, a first step seems to have been made.

How to take action

In conclusion, as the study IPOL on climate and migration conducted for the LIBE European Commission in 2020 states, forward-looking actions need to be taken in order to guarantee some form of protection to a category of people that seem to be moving ghostly from country to country – which will increase more and more. International politics should consider facing challenges dedicating more specific policies as well as institutional responses to migration flows induced by environmental conditions. International cooperation is needed in order to address the issue and face the emergency cooperatively.

In the meantime, it is a fact that future exacerbations of climate conditions depend mostly on human industrial production: the extreme exploitation of natural resources is one important cause of the continuous rise of CO2 levels in the atmosphere. Therefore, an efficient way to address the problem of future climate-related migration could be to tackle it at its roots: as Jesus Crespo Cuaresma, environmental economist at Vienna University, suggests, it is time to take action «by reducing greenhouse gas emissions from fossil fuels right now». 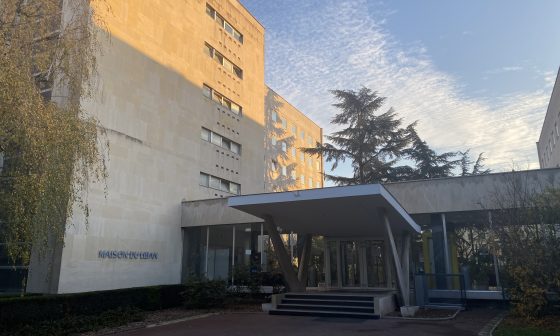 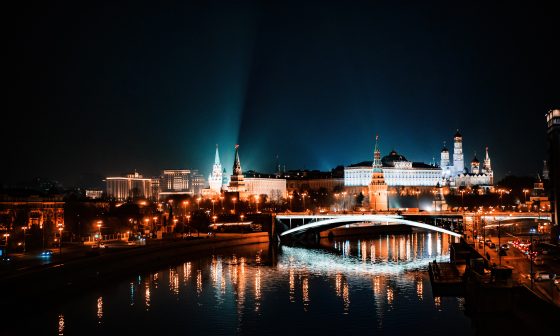 Lire l'article
NNon classé
A resident’s insight on russian elections, and a brief presentation of the candidates running against Putin. By NICKUSH… 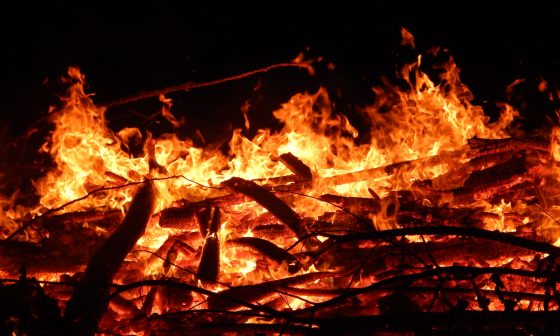 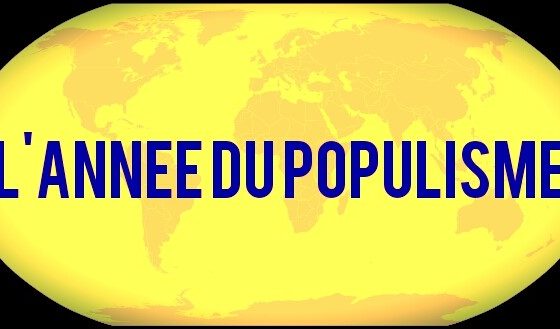 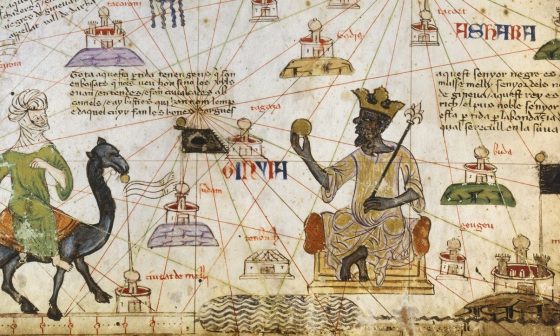