Do the Institutions of the Fifth Republic Favour the Rise of the Front National?

As a currently catch-all party, the Front National has been an actor from the French right-wing politics since its victory in the municipal elections of 1983 and 1984. It owes its recent rise to both formal and informal factors. Popular grievances about the future of the Republic and controversies on the French identity were the informal ones, while the redistribution of political power involves the institutional dimension. One cannot say that it has been favoured by the institutions of the Fifth Republic, but at the end of the day, the National Front may have benefited their obstacles against itself. This thesis was drawn from the previous research conducted.

Public provisions of the recent republic, which the people directly encounter in their daily lives, constitute one strong pillar of the Front National’s appeal. They triggered both grievances sowing the seeds of the anti-system sentiment especially among the low-doers and polarisation around the extremes of perceived secularism of state (the principle of laicité in the French case). For instance, the students wearing headscarves in 1989 in Creil launched a great controversy about the boundaries of fraternité and daily practices of laicité. Were all the French people equal and in fraternity, even when a part of them were stigmatised and expelled from the public space through such an attack on their presence? As of 2004, the secularisation of the public space has been a point among the government’s policies. With security concerns following the so-called Islamist terror attacks, facial scarf was banned in 2010. Since the Front National was for republican secularism and against Islamic encroachment[1], it called for and then welcomed such measures; and education was one of the very convenient realm to put these at the face of the electorate. Marine Le Pen aimed at conveying a message that the idea of electing her to the presidential office is not an anti-republican choice but rather a tribute to the French national dignity; for she was trying to find ways to protect the nation and its offspring. So, her party benefited an increasing legitimacy during Sarkozy’s term thanks to the popular fear against terror and radicalism. His way of governing also made the presidential office more powerful than before.

Another institutional contributor to the Front National’s public appeal is the elitist hierarchy in the French education system, that tends to develop an anti-elitist and anti-system resentment in the minds of those who were left relatively in the bottom, or totally kept out of that “system”. The most powerful rival of Le Pen, Emmanuel Macron, is an énarque (ENA alumni), who belongs to the upper ruling elite. The French bureaucracy owes its intellectual grandeur to the very select group of grandes écoles-graduates. Bourdieu defines these selected bureaucratic elites as the state nobility[2], who make the most powerful social group. Such a historical mechanism concentrating power, being embedded into the political culture, may present backlashes in the public eye. As the monopoly over privileges and opportunities is enforced, as Bourdieu suggests, it produces a shared informational capital that is reputable for both the insiders and the outsiders.

To turn back to the ENA case, the first 15 on the final ranking among graduates are recruited in one of the grands corps which are the perpetuation of the grandes écoles hierarchy. These are briefly the Inspectorate of Finance, the Court of Accounts, the Council of State and the Ministry of Foreign Affairs[3]. This meritocratic picking favours those whose family is able to pay for the private grandes écoles and the preparatory courses for the highly competitive concours. The School is an administrative unit attached to the Department of the Prime Minister[4]. Its role has been given by the Gaullist regimes, which promoted the career civil service in public policy making. The founding father of the Fifth Republic, Charles de Gaulle, was done with party politics at the time, and founded ENA to safely raise non-communist elite fonctionnaires to the service of the state. Dependence on technocrats became a characteristic of the Fifth Republic of France; however, the distinctly narrow regional basis of recruitment and academic capital caused the elitist hierarchy to be criticised[5]. ENA entrants mostly come from the well-off social backgrounds and the Paris region.

Not only the presidents and candidates, but also the father of the 5th Republic constitution was related to ENA. Michel Debré founded the school and then prepared the constitution with his colleagues. Therefore, it can be suggested that the contemporary republic has been ruled mostly by the same bureaucratic circle, and since the access to that milieu is a little restricted in terms of égalité, the self-fulfilling system has been perceived as distant to the public by the people. The way this popular perception is being manifested will be examined through the forthcoming sections.

One of the most influential institutions which favoured the rise of the Front National was the presidential office; because it has a major role both in the polarisation of the electorate and is enshrined by a significant constitutional power. De Gaulle performed an irresponsible presidency towards the formal political bodies such as the government and the parliament while he introduced himself accountable to the people. Finally, he bypassed the parliamentary checks on his authority by calling for a referendum to elect the president by direct vote[6]. Given the considerably high electoral turnout in the French presidential elections compared to others, the office has been awarded by popular legitimacy in addition to the simultaneously raised authority besides the prime minister. This was how the personalised concept of presidency prevailed within the system; maybe the charismatic FN leaders paralleled this change. As power turns into something really rare to hold through trespassing the other administrative bodies, the figure of president comes to be a source of political polarisation and tension around itself. Before the Fifth Republic, it had a symbolic authority in the parliamentary system.

Both Le Pen and the Front National enjoyed the advantage of not being in charge at national level[7] and not having to defend the government policy. Given the popular displeasure about cohabitation and the corruptness of officers, the anti-system sentiments were fuelled towards the mainstream political actors.

The proportional voting system also contributed to their popular appeal, actually by depriving. The Front National had little chance to win a considerable number of seats in the National Assembly because of the seat assignment system. Furthermore, they have been faced an almost unanimous alliance both in the right and the left to prevent their success in the elections. This common enmity of parties against them, one can argue, developed a sympathy among the people to vote rather for them. Because the FN was treated as the stepchild of the system, it seemed to be stigmatised as a legal party of it.

In addition, they made their actual name in the political agenda through the local elections in 1983 and the European elections in 1984. This trend was kept on in an interval of 10-20 percent of the vote in major elections in France. Its source of support has been the working-class by 43 percent, 35 percent by the youth and the farmers by 37 percent. So, the Front National had emerged as the third major actor of the political context, apart from the Gaullists and Socialists[8].

This is not a direct favour by the institutions themselves, maybe, but the election of the Senate members is worth considering to analyse the contributing factors to the FN’s rise. They are elected by the city councillors and some local officials, and the right has always been the majority in the Senate from the early Fifth Republic to September 2011; just before the first socialist president of France was elected to power. The extreme right-wing Front National won two seats for the first time in the last elections for the Senate in September 2014. Since it is an institution especially important for constitutional issues and foreign affairs, including that of the European Union, one cannot deny its important role in policy-making. Such a main body with almost a tradition of right majority may have brought some right-wing bias into the upper legislature. The strict stand of the FN on national borders and the EU community is not tone forgotten. The EU is seen by Marine Le Pen and her party as the same capitalist plot[9] as the WTO, NATO and the UN are: threatening the French national identity in the name of globalisation. Their ethnic perception of national identity is is that the latter is occupied by alien values and cultures; like the post-colonial and Third World immigrants and mostly Muslim refugees[10]. The national sovereignty of the French to make the decisions for themselves is a part of the restoration of the dignity of the nation.

According to the data collected by a field research in 2015, people trust the local and municipal officers more than the national-level representatives[11], which is important because of the FN majority in the local officers. The public distrust involves the distaste in banks, political parties and trade unions, the major constituents of the current system. Since people are also unpleased about the current situation of the French democracy as well, it can be asserted that the FN might have appealed to the anti-establishment sentiment. The European institutions are not that trusted either.

“The policy themes behind the FN’s national-populist appeal are anti-immigration policy, xenophobia, authoritarianism, moralising conservatism … national protectionism including anti-fiscal liberalism, anti-American and anti-free market sentiments, a strong hostility to European integration and anti-elitism seeking to delegitimise the mainstream politicians and their power-sharing activities”[12]. It goes without saying that the power-sharing system between the mainstream politicians was first constructed by the education system and the hierarchy determining the opportunities and privileges that one would have one day, as mentioned above. Xenophobia and anti-immigration policy have to do with the republican secularism and its imposition over the public institutions and space, reminding the headscarf issue.

Like her father, Marine Le Pen in 2011 claimed herself the ‘candidate of the forgotten, the invisibles, those who were not desired to be seen or heard’[13]. We can interpret that as a populist self-claiming, which targets the masses, particularly the disappointed of the system. And her party, although not directly and intendedly, benefited the lacks and outcomes of the construction of political power, such as the presidential office, or the Senate, or laicité. Of course, her party did enjoy the public detachment from and distrust in the mainstream political establishment and its connections; but the path to the popular appeal has been paved by the institutions of the Fifth Republic. The Front National did get use not only of the facilities provided by the system, but also the bipartisan configurations and other exclusionary ‘boundaries’ of it.

[3] George Vernardakis, The National School of Administration in France and Its Impact on Public Policy Making, International Review of Administrative Sciences, 54 (3), 1988, p. 429. 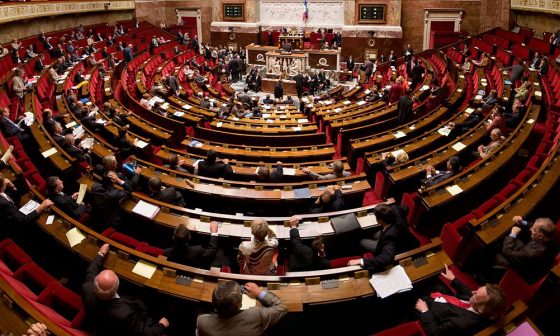 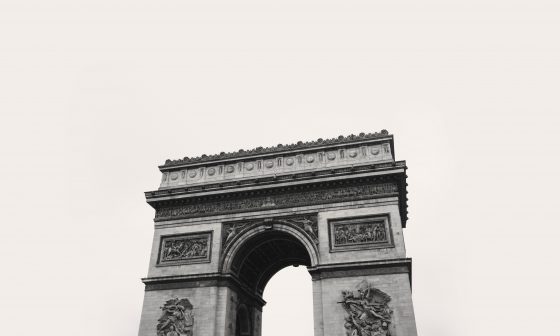